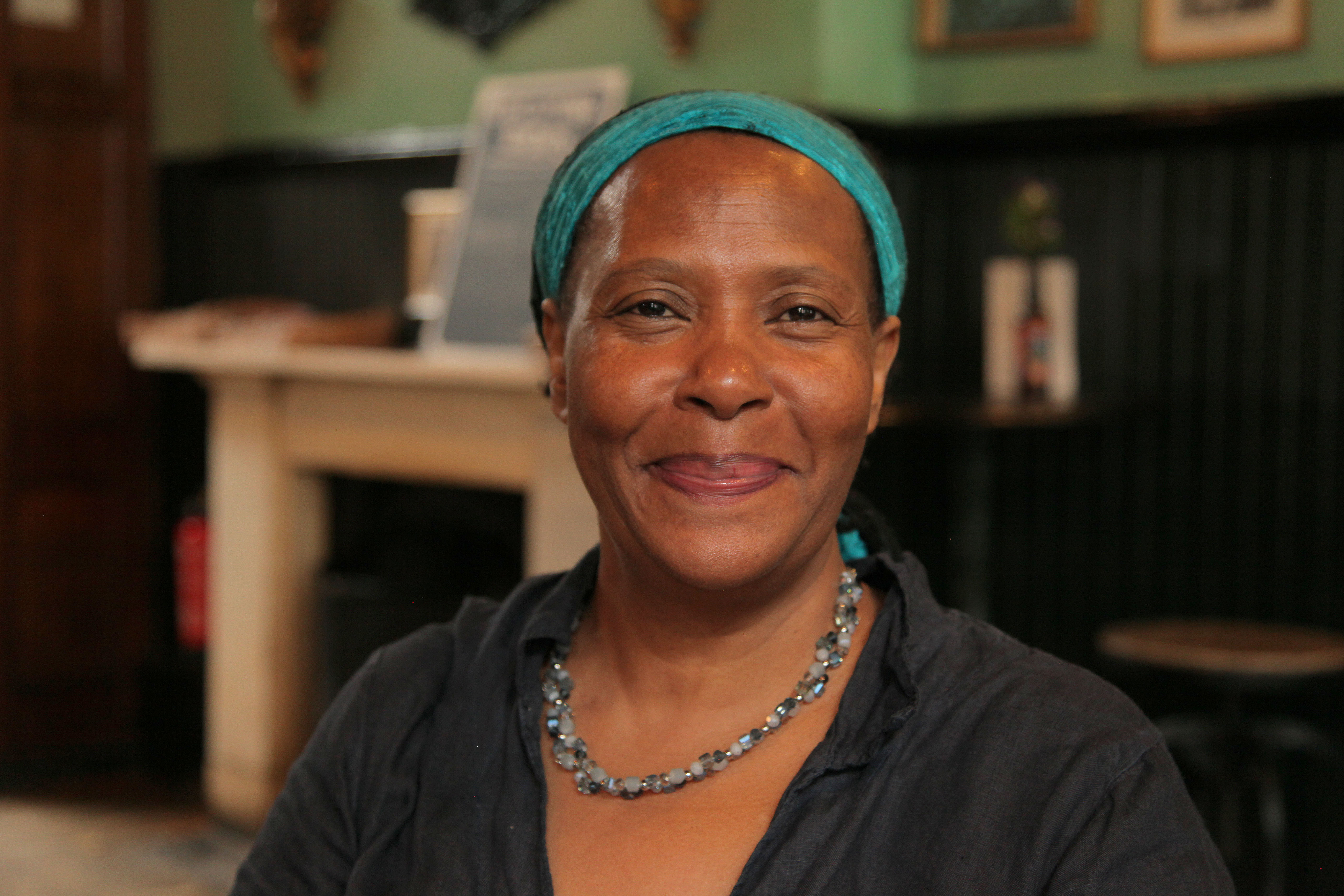 Dr. Wangûi wa Goro has served as a translator, an academic, critic, public intellectual, translator, editor, writer, social and cultural catalyst, advocate, activist and campaigner for human and cultural rights for four decades. An interdisciplinary person, she is best known for her work in literary translation, including theory, practice, promotion and teaching.

Her main area of research and practice and advocacy is in Translation Studies which she promotes globally, particularly addressing theoretical issues of future, in/equality, location and identity particularly through traducture, an applied methodology. She is currently a translation promoter and convenor of the high-level Africa in Translation dialogues across different parts of the world through SIDENSI. More recently she has been working closely with Africa Writes, which is part of the Royal Society's flagship in presenting events and other collaborations at the British Library in the UK.
She has translated works of award-winning authors, including Ngûgî wa Thiongo’s satire Matigari and his children's works Njamba Nene and the Flying Bus (1986), and Njamba Nene's Pistol (1990), from Gîkûyu into English, as well as Veronique Tadjo’s poetry book A vol d'oiseau (As the Crow Flies, 2001). These were published for Heinemann African Writers Series, and As the Crow flies was later published by Penguin. Wangûi has been working on experimental writing and translation in her mother tongue Gîkûyu and was selected for a Bellagio residency in 2019. Her short stories, “Heaven and Earth” published by MacMillan was taught in the Kenyan curriculum for several years. She is also published in the 2006 Anthology of love Stories edited by Ama Ata Aidoo (Ayebia) with a story entitle “Deep Sea Fishing”.

As an expert and scholar in the field for several years, she is invited to speak internationally including as a guest scholar, and has made hundreds of literary presentations, performances and readings in her career which began while she was in her early twenties. As a translation practitioner she works in Gîkûyu, French, Italian, Kiswahili and English. Wangui translates increasingly into Gîkûyu and has recently been working on Okot p Bitek's classical Song of Lawino and Binyavanga Wainaina’s short story “The Idea is to be sealed in”, in the Valentine Day Anthology of African Romance published by Ankara. She is finalising her key life-time’s translation work and is one of the current recipients of the Bellagio Residency.

She is the founder of SIDENSI since 2000, an international organisation set up "to promote translation, traducture and information knowledge management across disciplines". SIDENSI promotes intercultural dialogue through literary translation which has had a profound impact on translation ecology. She was also pioneering founder member of the Translation Caucus of the African Literature Association and a member of IATIS Executive (International Association for Translation and Interpreting studies. She currently hosts the African Literary Translators Network (ALTN).
She was born in Kenya but left to study in Europe for her undergraduate studies in Modern Languages and Economics at University of Leicester. She continued to pursue her studies in education at University of London), and later her doctoral studies in Translation Studies at Middlesex University.

Dr. Wangûi wa Goro has taught at universities in the UK for several years, and held a number of fellowships, including an honorary fellowship in the United Kingdom (University of London), Other Fellowships held include (University of Kwazulu Natal and Wits) South Africa; and in Germany at the Bayreuth Institute of advanced African studies. She is currently an Independent Scholar. She received research funding from the Dutch Government through IKME/EADI between 2006-2012 on translation and traducture in Information Knowledge Management (IKM) in international development practice (publications forthcoming).

Dr. Wangûi wa Goro also served as an academic in the humanities teaching Comparative Literature and Translation at Middlesex University, and Goldsmith’s College of the University of London. She worked as a Senior Social and Evaluation Research Fellow at the Centre for Social and Evaluation Research (CSER) at London Metropolitan University where she was also a Fellow at the Centre for Human Rights. She has also undertaken research in international development contexts. She has presented hundreds of academic and keynote papers in her career in different parts of the world. Additionally, she is often invited as a commentator on contemporary events in relation to Africa, translation, gender equality and literature and culture, including in the media and organised events.

Wangûi has held elective positions in several academic bodies including the Executive Committee of the Women's Studies Network UK (WSNUK). She also served as a Co-Convenors of the Women's Caucus of the African Studies Association. She has also served on the Executive Council of the African Literature Association where she served as the Deputy Vice President on two occasions and also as an elected member of the Executive. She is the founder member and first President of the Translation Caucus of the African Literature Association (TRACALA), the first of its kind. She is also a long-standing member of the Women’s Caucus of the ALA (WOCALA). She is currently serving as a member of the Executive Committee of the International Association of Translation Studies (IATIS). In terms of service, Wangui has served on advisory committees or boards of numerous organisations, the British Centre for Literary Translation, the Arts Council of UK/England, and PEN amongst others, She has also served as a peer reviewer for leading publishing houses, and for journals, including The Journal of the African Literature Association, JALA, the African Literary Review and was a co-editor Praxis (2018) among others. She has also mentored many writers and served as a literary agent for some, including several award-winning authors. She has also served as a Council member of the Caine Prize for African Writing for which she was a judge in 2007. In 2002, she was one of the Jury members of the Best 100 Books of the 21st Century. She is currently the Chair of the committee for the Pius Adesanmi Award for Excellence of the African Studies of Africa (ASAA).